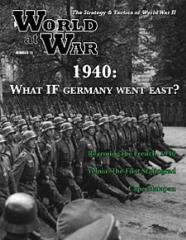 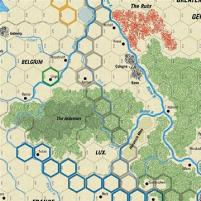 The conjectured departure from the historic timeline that resulted in the design of this game is assumed to have taken place in mid-September 1939. At that time, as his forces are completing the conquest of Poland, Hitler receives a flash of intuition. That is, he can’t help but notice the strategic paralysis of the Anglo-French, who do nothing to try to prevent the downfall of their fast-disappearing eastern ally Poland. From that he concludes it would be a waste of time to redeploy the Wehrmacht to the western front in 1940. He tells his generals: “The time will never be better to destroy the Bolshevik power than in the coming year. We will continue to have nothing to fear in the west. The British and French simply do not want war; they are afraid of it. Once we’ve taken Moscow, we’ll take Paris and London by telephone.”

Accordingly, he also tells his foreign minister to drop all negotiations aimed at revising the original territorial split set out in the accords with the USSR the previous month. Most importantly, Lithuania, originally in the German “sphere of interest,” is not traded for a further slice of Polish territory.