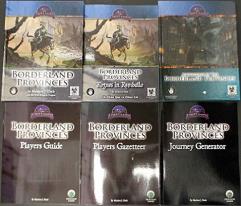 This fantastic collection of the complete Borderland Provinces campaign for Dungeons & Dragons 5e contains the following:

» Browse other products by Necromancer Games
Home Back to Results