All Products from Hodder & Stoughton

Hodder & Stoughton is a major publisher within Hachette UK, one of the UK’s biggest publishing groups. We publish a wide range of fiction and non-fiction titles and are renowned for passion, quality and delivering bestselling commercial books in many different formats. Their story began in 1868 when Hodder & Stoughton was founded by Matthew Henry Hodder and Thomas Wilberforce Stoughton on Paternoster Row, London. Publishing in the early years included books from Winston Churchill, JM Barrie and GK Chesterton, and The Bible. The 1920s 'Yellow Jacket' series were the precursors to the first paperbacks and included bestsellers from John Buchan, Sapper and Edgar Wallace. In 1921 Hodder & Stoughton also took over ownership of the soon-to-be world-famous medical journal, The Lancet. After the First World War, Hodder & Stoughton published landmark non-fiction bestsellers including Anthony Sampson's Anatomy of Britain and an expanded range of quality commercial voices including Mary Stewart and Elizabeth Goudge. The second half of the twentieth century held in store one of the most successful publishing events in the company’s history with the phenomenal reception of Sir John Hunt’s The Ascent of Everest in 1953. Other notable publications include David Niven’s much-celebrated autobiography The Moon’s a Balloon in 1973 and John le Carré’s Tinker, Tailor, Soldier, Spy in 1974. In 1986, Hodder & Stoughton set up Sceptre as a literary imprint to sit alongside mass-market imprints Coronet and NEL (New English Library). Originally publishing in paperback only, early books on the Sceptre list included Thomas Keneally’s Schindler’s Ark, Melvyn Bragg’s The Maid of Buttermere and Fay Weldon’s Life and Loves of a She-Devil. Other notable books on the Hodder & Stoughton list in this decade include Keri Hulme’s Booker Prize-winning The Bone People, Rosamunde Pilcher’s The Shell Seekers, Elizabeth George’s A Great Deliverance and the first novel in Jean M. Auel’s internationally bestselling prehistoric fiction series Earth’s Children, The Clan of the Cave Bear. In 1993, Headline bought Hodder & Stoughton and the company became Hodder Headline Ltd. In 1997 Sceptre published Charles Frazier’s Cold Mountain and the following year Hodder Headline produced another non-fiction hit with Sir Alex Ferguson’s Managing My Life. In 2002, Hodder Headline acquired John Murray and two years later the company was bought by Hachette Livre which already owned British publishers Orion and Octopus (and now also Little, Brown). Hodder Headline was restructured and a single Hodder & Stoughton publishing division was created. Alongside outstanding and lasting talents such as Jean M. Auel, Stephen King, Mary Stewart and Elizabeth George, they have discovered a host of exciting new authors such as Jodi Picoult, Sophie Hannah, Chris Cleave and David Nicholls, author of One Day. In 2011, they also welcomed John Grisham to Hodder. They continue to publish big non-fiction names such as Sir Ranulph Fiennes, James May, Kirstie Allsopp and Clarissa Dickson Wright and our non-fiction list covers many areas including biography, memoir, sport, humour, health, lifestyle and cookery and is home to Dr Pierre Dukan’s million-copy bestselling Dukan Diet franchise. Their crime and thriller list boasts some of the best writers in the genre with the likes of John Connolly, Stephen Leather, Jeffery Deaver and Peter Robinson. Their women’s fiction list continues to expand with authors such as Alexandra Potter and Ciara Geraghty, as does our historical fiction list which is home to bestselling Brethren series author Robyn Young. They constantly re-evaluate their understanding of readers to find new areas of the market and to bring readers the books they want, the way they want them. 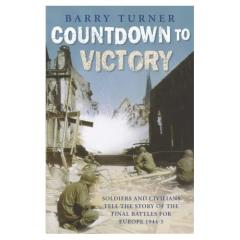 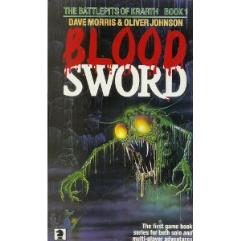 Product Details
Sold Out
Have one for Sale or Trade?
2 Products Found
Home Back to Results