All Products from David R. Godine

David R. Godine, Inc., is a small publishing house located in Boston, Massachusetts, producing between twenty and thirty titles per year and maintaining an active reprint program. The company is independent (a rarity these days) and its list tends to reflect the individual tastes and interests of its president and founder, David Godine. At Godine, quality has remained foremost. Our aim is to identify the best work and to produce it in the best way possible. All of our hardcover and softcover books are printed on acid-free paper. Many hardcovers are still bound in full cloth. The list is deliberately eclectic and features works that many other publishers can't or won't support, books that won't necessarily become bestsellers but that still deserve publication. In a world of spin-offs and commercial "product," Godine's list stands apart by offering original fiction and non-fiction of the highest rank, rediscovered masterworks, translations of outstanding world literature, poetry, art, photography, and beautifully designed books for children. The company was founded in 1970. After receiving degrees at Dartmouth College and Harvard University, David Godine worked for Leonard Baskin, the renowned typographer and printmaker, and Harold McGrath, his master printer. David Godine opened a printing shop the following year in a deserted barn in Brookline, Massachusetts. His first books, printed on his own presses, were nearly all letterpress, limited editions printed on high-quality rag or handmade paper. Many of these early volumes are now collector's items. In 1980, the company initiated its children's program, publishing a number of books that have become classics: Mary Azarian's A Farmer's Alphabet; Dylan Thomas's holiday classic A Child's Christmas in Wales, illustrated by Edward Ardizzone; the Swallows and Amazons series by Arthur Ransome; and of course, the Godine editions of Frances Hodgson Burnett's timeless works, The Secret Garden and A Little Princess, which together have sold close to half a million hardcover copies. More recently, Godine has launched two new series: Imago Mundi, a line of original books devoted to photography and the graphic arts; and Verba Mundi, featuring the most notable contemporary world literature in translation. Volumes in the Imago Mundi series, which has received praise from reviewers and booksellers alike, include Jean Cocteau: The Mirror and the Mask by Julie Saul and Small Rooms & Hidden Places by Ronald W. Wohlauer. Verba Mundi has so far published works by world- renowned authors Georges Perec, Jose Donoso, Isaac Babel, and Anna Seghers, and has introduced new voices such as Sylvie Germain (whose Book of Nights was named a Notable Book of the Year by the New York Times) and the acclaimed Swedish novelist Göran Tunström, author of The Christmas Oratorio. David R. Godine, Inc., has received numerous awards, including the Carey-Thomas award for Excellence in Publishing (1976), the Boston Globe Literary Press Award (1987), the first New England Booksellers Annual Award (1989), and the Leipzig Internationalen Buchkunst-Austellung (1989). In 1984, Bookbuilders of Boston awarded Godine the W. A. Dwiggins Award for maintaining standards of excellence in book production. Additionally, on July 1, 2002, John Martin, the founder and for thirty-six years the publisher of Black Sparrow Press, closed down his shop in Santa Rosa, California. After finding new homes for four of his authors—Charles Bukowski, Paul Bowles, John Fante, and Wyndham Lewis—he entrusted the rest of his backlist to a fellow publisher, David R. Godine. The agreement was simple: Godine would keep Black Sparrow's offerings available to the trade, keep the best-selling titles in print, and keep the house's spirit alive through judicious acquisitions. In short, Black Sparrow Press would be reborn—as Black Sparrow Books at David R. Godine, Publisher. 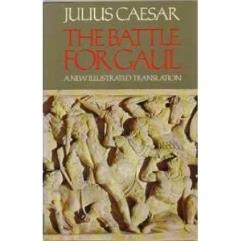