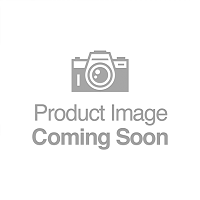 
NOTE: This product is a Pre-Order and is not currently available. The estimated release date is TBD 2020 (subject to change).
MAX 2 per customer. Orders containing preorder products will be held until all preorder products on the order have arrived in our warehouse.
Spitfire Ace - Air Defense Over Britain, 1940
by Compass Games
Category: War Games
Sub Category: Popular War Games
Genre: War Game - World War II

Spitfire Ace: Daylight Air Defense Over Britain: 1940 is a solitaire, tactical level game which places you in command of a Royal Air Force fighter during the Battle of Britain. Each turn consists of a sortie in which a contact interception mission will be flown from one of many bases in South-East England, attempting to destroy incoming German. Spitfire Ace is based on the popular, action-packed Nightfighter Ace / Interceptor Ace game system by Gregory M. Smith with a strong narrative around the pilot as you look to increase your prestige, earn skills, and rise in rank through promotion (if an officer) and receive awards.

The objective of the game is to conduct numerous sorties in the role of an R.A.F. fighter pilot and rack up kills. Pilots may use the experience gained to improve their odds of success by purchasing skills. As their prestige increases, they may pull strings to arrange a transfer to other fighter bases in an attempt to get "closer to the action" or use their influence to adopt more effective tactics. Awards and ace status help to narrate the player's eventual goal – to become the bomber killer of the Battle of Britain.

The system is packed with rich technical detail but without the complexity to capture the key historical facets of the day bombing campaign over South-East England, including the Kent-London corridor known as “Hellfire Alley”. For the player, there are six types of aircraft that can be flown:

Fighters can be assigned to one of three possible major geographic base “groups” as follows:

North: Coltishall, Debden, Duxford and Fowlmere.
London: Biggin Hill, Croydon, Gravesend, Henden, Hornchurch, Kenley, Martlesham, Northolt, North Weald and Rochford.
South: Middle Wallop, Tangemere and Westhampnett.
Each player is also assigned to an historical R.A.F. squadron; all thirty six Spitfire and Hurricane squadrons that were significantly involved in the campaign are represented, including Number 1 Royal Canadian Air Force, Number 303 Polish squadron and Number 310 Czech squadron. Special rules are in place for the Polish squadron which saw action half way through the campaign but went on to inflict more damage on the Germans than any other. Each squadron is represented by a counter showing the squadron’s heraldry.

All major types of German and Italian aircraft that were used in the Battle of Britain are represented in the game:

Each enemy aircraft has its own damage information and each medium bomber has its own attack position card that a player may use when deciding from which position to attack.

Where many air combat games focus on accumulating hardware, the emphasis in this game is on developing the skills and tactics that will enable you to (a) survive and (b) shoot down enemy aircraft. Your approach in the game is characterized by various skill and benefits including Pilot skills, Wingman skills, tactical changes, and Prestige Level. The emphasis on various skills and benefits creates even a stronger narrative when compared to the Hunters game system, which helps weave a tense and dramatic narrative during play. One major change in Spitfire Ace over Hunters is the ability to choose your pilot’s improvements instead of randomly rolling for them. As these greatly impact on your combat capability (and survival), it is a major decision you must make. Another major change in the system is the wingman concept, who can possibly pull you out of a bad situation if he is still flying.

Game play moves quickly, following a set sequence of events that are repeated until the end of the game. Once you have your initial pilot, squadron and aircraft type, play proceeds by checking for incoming raid information. Play proceeds by flying to the area you expect to intercept the German raiders. As location boxes are entered, you will roll for possible intercept in which combat may ensue. Combat may consist of numerous rounds after which returning to base and landing operations occurs, with the possibility that your airfield may have been bombed while you were engaging the enemy. When the mission is completed, you will ascertain any awards, Prestige points, or Experience points gained prior to you next sortie. Here you can also spend Prestige and Experience points if desired to gain skills, request a change of tactics, or request a change of base. You will repeat this process by going to your next sortie until shot down and killed, or until end of October 1940 should you make it through unscathed.

This game is highly accessible to those familiar with Interceptor Ace, Nightfighter Ace, The Hunters, or Silent Victory by Gregory M. Smith, or Raiders of the Deep by Ian B. Cooper. The game system lends itself very well to capturing the short but intensive Battle of Britain upon which so much relied. While Spitfire Ace is designed as a solitaire gaming experience, additional options for play are provided for both multi-player cooperative and competitive gaming sessions.