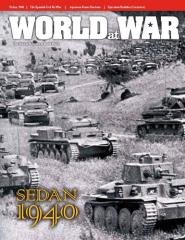 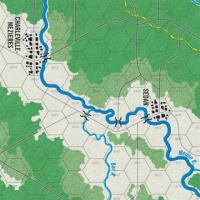 Sedan: The Decisive Battle for France, May 1940, designed by Paul Youde, simulates the German Army’s offensive to reach and cross the imposing Meuse River, near Sedan, and the subsequent breakthrough to the west. Using basic combat mechanics, the game includes command control strictures to better simulate the differences between French and German capabilities.

Victory in the game is determined by the accumulation of VPs for control of the Meuse River (primarily involving the quantity of German units that have crossed the bridges), as well as eliminating enemy units.
» Browse other products by Decision Games
Home Back to Results