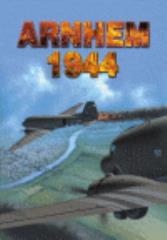 The Battle of Arnhem, in principle, the battle for land corridor linking the city with the areas occupied by the Allies, fought from 17 to 26 September. Is 200 thousand inhabitants in the eastern Netherlands has become synonymous with the greatest battles of the airborne troops, he saw the world. Over 35 000 paratroopers and glider infantry troops made the assault to a depth of 120 km. Their task was to master all the bridges between Arnhem and Valkensvard where XXX Corps attacked Gen. Horracks'a. The composition of this body consisted of the best divisions in the UK, including the Guards Armoured Division, 43 and 50 Infantry Division and support units. Spadochronowymi units were: 1 British Airborne Division, Polish 1st Independent Parachute Brigade and the U.S. 82nd and 101st Divisions Powietrzuo-Landing.

From the very beginning of the operation trouble began. The Allies did not have such a huge amount of saniolotów transport to convey paratroopers in a single day. It was therefore decided to spread the assault three days, losing the possibility of a surprise hit single strong opponent. Worse, all aircraft participating in the operation took off from airports in England and were therefore subject to variable weather prevailing in the islands. Catastrophic mistake was failure to prepare means of communication for a British division, which paratroopers were unable to summon help. Even when acting XXX Corps took position north of Nijmegen, they could not effectively support the fighting parachutists.

Using terrain characteristics Germans repeatedly stopped the allied columns, shooting them from behind the polders one or several departments, while remaining beyond the reach of the British tank guns. Only the development of artillery and gunfire can) further movement. It also happened, and so that when the Allies after learning of a portion of the road went to the north, in their place once again entered Germany, blocking further projections troops. In this way, the fight proceeded along the corridor, and meanwhile the British and the Poles crowded on a small piece of land waiting for relief.

Opponent of the British and the Poles was while all II SS Panzer Corps Gen. Bittricha. Its two divisions (9 and 10) partially entered the battle on 17 September, isolating the individual points of resistance of the British troops. The advantage of the Germans was enormous and the only area in which they fought, it allowed for an effective defense against tanks and armored divisions. But the Germans quickly realized that did not acquire buildings in which they hid the paratroopers. Therefore decided to destroy all the buildings near the bridge, and in this way to force the British to surrender. This tactic has brought success and after several days of 2nd battalion, or rather its remains, he went into captivity (or rather it was zaniesiony, because nearly all the soldiers have been injured and could not move themselves.)

Meanwhile, the fight took place on the beachhead at Oesterbeck, where he defended the remainder of a DPow-Des. Land possessed by it minimized the day by day. Germany attacked all the time, had a crucial advantage in artillery. The only hope for the Allies fought on the northern shore of the Lower Rhine was the quick arrival of XXX Corps artillery. Futile, however, were waiting. The commander of the corps halted his troops directly north of Nijmegen and in fear of loss is not allowed to attack toward Arnhem. Only two Royal Armoured Car Regiment was sent back roads to get a connection with the Poles at Driel, but when I came to this body is not subordinate to the orders of Gen. Sosabowski left Driel and withdrew to Nijmegen.

To the relief of the British Polish brigade tried to come, but lacked any means przeprawowymi could not do so effectively, to top it suffered heavy losses among individuals przeprawiajacych.By British Army honor guard made another assault on the north bank of the Lower Rhine. Assigned to the 4th battalion of the regiment Dorset indeed mastered the area on the north shore, but suffered from the huge losses and had to withdraw.

The balance of this battle was not favorable for the Allies. Killed, wounded or taken prisoner more than 10 thousand soldiers, ceased to exist as an elite British Airborne Division, captured not the primary purpose of this operation, which was a bridge in Arnhem. Further developments in this sector of the front had urban sce until 1945, when the Canadian Army has gained a whole watershed of the Lower Rhine and the Netherlands all cleared of enemy troops.

Games are in Polish and do not include English translations unless otherwise noted in the condition note.
» Browse other products by Taktyka I Strategia
Home Back to Results