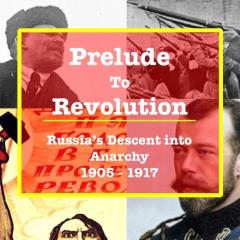 
NOTE: This product is a Pre-Order and is not currently available. The estimated release date is TBD 2020 (subject to change).
MAX 2 per customer. Orders containing preorder products will be held until all preorder products on the order have arrived in our warehouse.
Prelude to Rebellion - Russia's Descent into Anarchy 1905-1917
by Compass Games
Category: War Games
Sub Category: Popular War Games
Genre: War Game - 1900 to 1960 A.D. 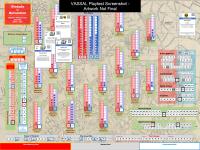 The Russian Revolution was one of the most consequential events of the 20th century – it saw the downfall of the last autocratic monarchy in modern times, led to the advent of the Soviet Union, and created to social and political platform which gave us Josef Stalin, GULAGs, and the Cold War. But those critical days in 1917 were the culmination of over a decade of political, social, and ideological conflict in Russia.

Prelude to Revolution: Russia's Descent into Anarchy, 1905-1917 is a two-player card-driven game that immerses players in those turbulent years. The players (the Revolutionary and the Government) try to spread their influence across the capital, sway the masses, workers and soldiers to their cause, and build grass-roots organizations. They will fight bitter political battles in the Duma (parliament) – both against their opponent and between the Moderate and Extreme parties in their own Faction! All the while world events such as WWI will drive events, and the ever-growing threat of outright revolution looms as time goes on. Can you navigate the competing pressures and priorities and lead your Faction to victory?

The game is divided into three broad historical Eras – The Years of Turmoil (1905-1913), The Great War (1914-1916), and The Collapse (1917). Each Era has a custom deck of actual or potential events, along with a Generic deck. Cards can trigger Event or provide Action Points to be used to mobilize Influence (place cubes on Tracks) in the Urban Districts or The Duma, buy Special Actions, effect the various game tracks, etc. Key Events and Personalities have strong impacts on the game. Politics in the Duma are tricky – each player has an Extremist party (Bolsheviks for the Revolutionary, Monarchists for the Government). The stronger the Extremists get the more danger they pose to their own Faction!

Prelude to Revolution is based on the highly successful and thoroughly enjoyable system first published in Prelude to Rebellion. Many of the system’s innovative mechanics are leveraged, as well as some new ones added.