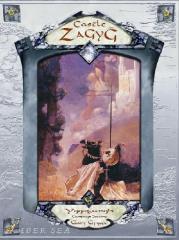 Thousands of years ago by the recollections of those elves still alive to recall the fable, a great time of tumult and chaos reigned across the universe. In that time the ancient citadel city of Umeshti was known as a bastion of civilization through the dark night of conflict and madness. Temples to the gods and towers of wizardry were erected, as were libraries and civic enterprises designed to preserve and protect the knowledge that the firstborn civilizations had worked so hard to gain. Art and science flourished, as did the first development of music and poetry. Travelers from far and wide, including those who traveled across the many planes considered Umeshti a home away from home, bringing esoteric relics and fantastic wealth with them.

As is often the case, this great civilization thrived and grew, until outside powers began to covet its success. Deities not worshipped within the city began to hurl curses upon its citizens, raining down deific plagues, or striking it divine storms and hordes of monstrous beasts. Despite this, the citizenry showed great inner strength and resolve, facing each new disaster with its own set of champions and brave protectors.

In the end, the sages are uncertain, but it is said that during a great war between the gods, a meteor was hurled at Umeshti, driving a shaft into the earth that stretched for hundreds of feet beneath the surface, completely obliterating all but the scantest trace of the powerful society which had once lived there.

Beneath the shadows of the ancient, dreaded Castle Zagyg stands the fortified town of Yggsburgh. Its stout walls and cobbled ways give ample refuge to those bold and worthy adventurers who come to the Four Tors to plunder the dungeon deeps of the Mad Mage. Beyond the protective covering of the town’s walls and the deep waters of the Urt and Nemo Rivers, lie a vast rolling countryside from the Glittering Knobs, the Uplands to the Lonely Valley.

Enter the environs of that most dread of magi, test your mettle and make ready for the heroes forge that is Castle Zagyg!

The book you hold in your hands is the Setting for the famed Castle Zagyg, the monstrous dungeons of which are detailed in the following six volumes of this series.

More than a Campaign Setting!
This book consists of the town of Yggsburgh and its Environs, which include the town of Garham and 60 different geographic locales, each with their own peculiarities and adventures. The map charts over 1500 square miles of adventuring terrain, allowing the inclusion of Yggsburgh and Environs into almost any fantasy campaign setting. Each geographic locale has one or more adventures associated with it, offering hundreds of different plots, themes and escapades, players can take their characters on.

What to Expect!
1 Full-Color fold-out, 24" x 30" Map of the Environs of Yggsburgh
1 Full-Color fold-out, 24" x 30" Map of the Town of Yggsburgh
Nine Interior Maps of Points of Interest
600+ Non-Players Characters
30+ Random Encounter and Event Tables
50+ Random Encounters, offering hundreds of adventure venues
Orders of Battle for everything from Goblins to Knights
New, Monsters, Magic Items & Spells for the Castles & Crusades® Role Playing Game
Crime and Punishment for Yggsburgh
Over 1000 Adventures and Adventure ideas!
» Browse other products by Troll Lord Games
Home Back to Results